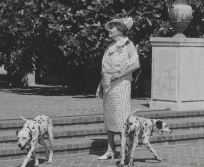 Louise Arner Boyd (September 16, 1887 – September 14, 1972) was an American explorer of Greenland and the Arctic who wrote extensively of her explorations. In 1955, she became the first woman to fly over the North Pole, privately chartering a DC-4 and crew that included aviation pioneer Thor Solberg.

Boyd was an active and well-known Marin figure and hostess while serving as a member of the Executive Committee of the San Francisco Symphony. She also accumulated many academic honors, receiving an honorary law degree from the University of California, Berkeley and from Mills College. She was the second woman ever to receive the Cullum Medal of the American Geographical Society, and in 1960 she became the first woman elected to their board. She also was made an honorary member of the California Academy of Science.

Near the end of her life, Boyd experienced financial difficulties. She had spent much of her fortune outfitting and chartering her many explorations. Eventually, she had to sell the family home in San Rafael and all her furniture. She died in San Francisco on September 14, 1972, two days shy of her 85th birthday. The present-day Marin History Museum was located in the old Boyd Estate Gatehouse in San Rafael from the 1950s to the mid-2010s.

LOUISE ARNER BOYD AND HER LEGACY 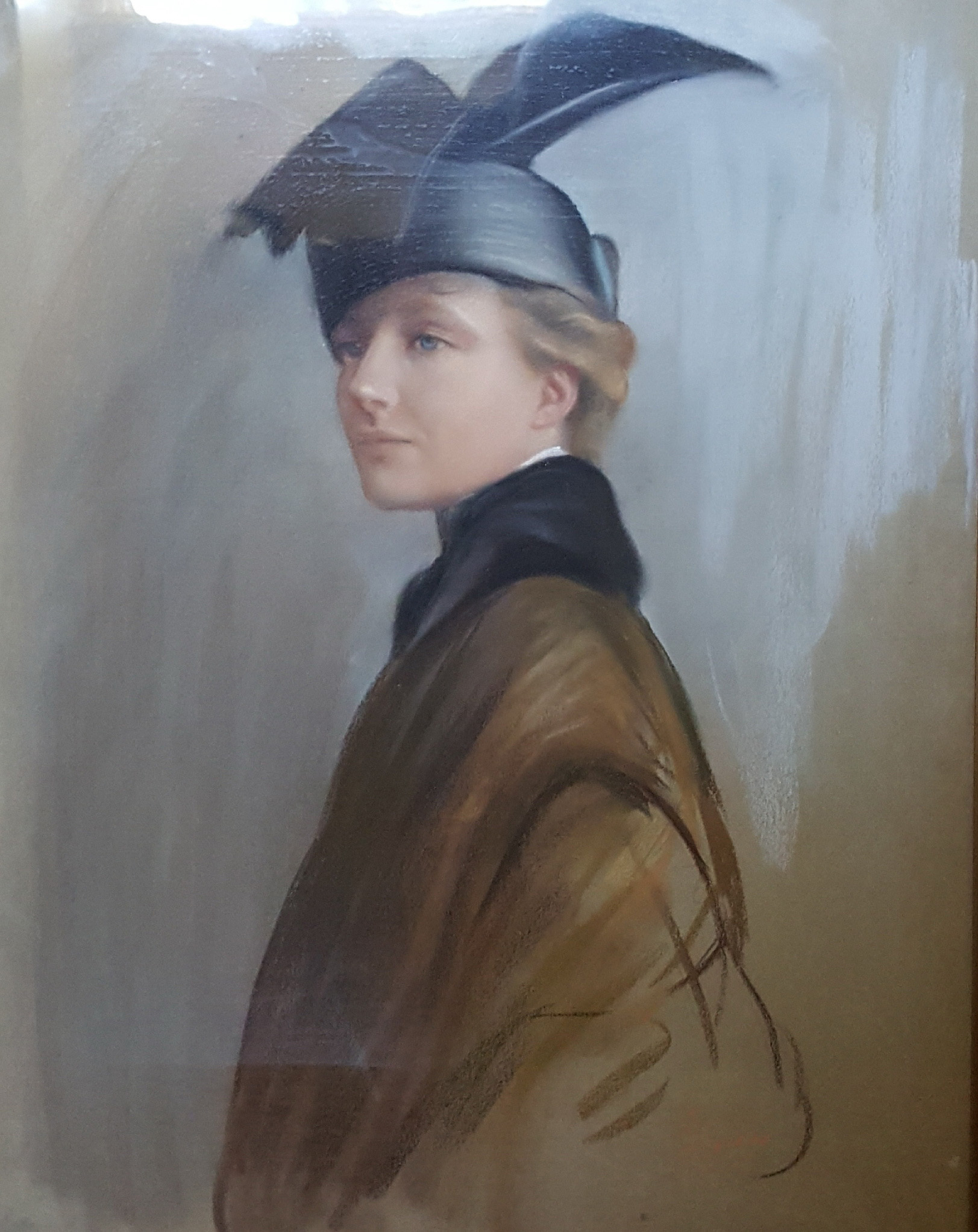 Louise Arner Boyd was born on September 16, 1887, in San Rafael, California. She was the third child of John Franklin Boyd, a mining operator and investor, and Louise Cook Arner.
‍
Maple Lawn was the name of the Boyds' estate in San Rafael on Mission Avenue. The Cooks, who originally owned the house, had made extensive improvements to the property. Seth Cook bought six acres and added the Gate House at the entrance to the drive in 1879.
‍
Boyd was taught by a governess, then attended Miss Stewart's School in San Rafael and, later, Miss Murison's School in San Francisco. At an early age, she became a skilled marksman and equestrian. Louise and her two brothers had an ideal life romping in the large home and riding ponies around San Rafael. Then tragedy struck in 1901; within a year, the two boys died of complications of rheumatic fever and a riding accident in Santa Barbara while away at boarding school.
‍
Shortly after the deaths of her brothers, Louise's father brought her into the family business, an investment company. After the death of her mother in 1919 and of her father a year later, she was heiress to a vast fortune, as well as the family's Maple Lawn estate. 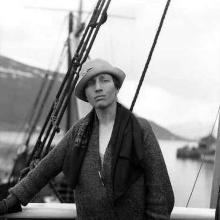 Louise Arner Boyd was an American arctic explorer and geographer. She is famous for her scientific expeditions and explorations of Greenland and the Arctic, and for being the first woman to charter a private flight over the North Pole.
‍
Boyd toured Europe in 1918, keeping a record of her travels and a diary of her impressions. With curiosity aroused through reading about Arctic exploration and polar travel, she returned to Europe in the summer of 1924 and cruised from Norway to Spitsbergen, a chain of islands located in the Arctic Ocean between Norway and East Greenland. On that trip, Boyd discovered the Arctic, "a land of extraordinary grandeur, " which became the guiding passion of her life.

She returned to the Arctic in 1926 and organized her own expedition aboard the MS Hobby, a Norwegian sealer, to hunt polar bears with friends in Franz Josef Land, an archipelago in the Arctic Ocean north of Novaya Zemlya.

This expedition was the first of seven that Boyd personally organized, headed, and financed, and the one on which her lifelong interest in photography began. Boyd was reported to have shot and killed twenty-nine polar bears, a claim that she herself never made and that she vigorously denied in later years. The trip did, however, yield many photographs of live bears.

Despite these obstacles to being taken seriously, she returned to the Arctic in 1928, her interest sparked by stories of the wild coast of East Greenland. About to set off on the Hobby when word came of the missing Norwegian explorer Roald Amundsen, Boyd placed ship, crew, and equipment at the service of the Norwegian government. The Hobby set off from Troms, Norway, on what proved to be an unsuccessful search.

Her 1931 expedition, aboard the Norwegian vessel SS Veslakari, laid the groundwork for in-depth research in the voyages of 1933, 1937, and 1938. More important, the scientific significance of this and subsequent expeditions became apparent.

With the 1931 trip, Boyd began a lifelong relationship with the AGS, which sponsored all subsequent expeditions and published her reports, photos, and maps. The Danish government honored her by naming the area around Greenland's de Geer glacier Louise Boyd Land, a designation that has remained to the present.

The second Veslakari expedition set out on June 28, 1933, to study botany, animal life, archaeology, and glacial features of the Franz Josef and King Oscar fjord region, utilizing the latest in ultrasonic depth-measuring tools. On the return from the interior of Franz Josef Fjord, the Veslekari ran aground.

With the approaching pack ice of winter, it became imperative to free the ship or risk wintering over. Boyd's diaries record the harrowing experience: a passing iceberg was used to free the ship, and the AGS published her observations as The Fiord Region of East Greenland (1935).

In August 1934, Boyd attended the International Geographical Congress in Warsaw; her travels through the Danzig Free State, East Prussia, and the Polish corridor were documented in the AGS's Polish Countrysides (1937). The goal of Boyd's 1937 expedition was to travel as far up the East Greenland coast as the weather would permit. With a scientific team that included paleontologists, surveyors, a hydrographer, and a botanist, Boyd discovered a previously undocumented ocean bank.

The Veslakari escaped from a complex maze of ice floes by means of dynamite and ice anchors. The Boyd expedition of 1938 landed at a point on East Greenland farther north on that island than any ship had previously reached; it was the second highest latitude reached by any ship, and Boyd spent a few hours on shore, just south of Cape Montpensier, making observations and photographing the forbidding environment. For this undertaking, she received the AGS's Cullum Award, the first time it had been presented to a woman.

Publication of her study The Coast of Northeast Greenland (1948), documenting her 1937 and 1938 expeditions, was delayed because of the important strategic information it might contain for the enemy during the approaching war.

During World War II, Boyd was a consultant to the National Bureau of Standards, conducting research concerning long-distance radio transmission. In 1941, she joined Captain Robert Abram Bartlett, who had accompanied Robert E. Peary on his 1897 North Pole expedition, for scientific research in the Canadian Arctic. Boyd made available to the War Department and other agencies her many photographs, maps, and scientific findings.

In her eighth and final expedition, on June 16, 1955, at the age of sixty-seven, she achieved a lifetime dream of flying over the North Pole and photographing the area. 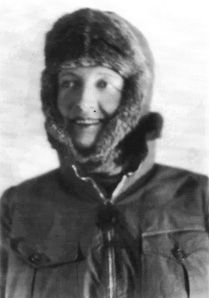 Louise Arner Boyd was an American explorer of Greenland and the Arctic. In 1955, she became the first woman to fly over the North Pole. Boyd documented the journey extensively in photographs. For her efforts, Norway awarded her the Order of Saint Olaf.

Determined to explore the coast of East Greenland, Boyd meticulously planned a scientific journey for the summer of 1931 with the goal of further mapping the fjords there.

One of her greatest achievements was organizing of the Boyd expedition of 1938 that landed at a point on East Greenland farther north on that island than any ship had previously reached; it was the second highest latitude reached by any ship. Boyd spent her trip making observations and photographing the forbidding environment. For this undertaking, she received the AGS's Cullum Award, the first time it had been presented to a woman.

The knowledge she had gained about the east coast of Greenland became valuable after World War II broke out. She was sent by the United States government at the head of an expedition to investigate magnetic and radio phenomena in the Arctic in 1940. Her book, The Coast of Northeast Greenland, was published in 1948, after the war had ended. During the remainder of the war Boyd worked on secret assignments for the United States Department of the Army.

By the time the war was over, Boyd was almost sixty years old, and she managed to charter a private plane to fly across the North Pole in 1955, becoming the first woman to do so. Boyd also was an avid gardener and a civic leader in the San Francisco area. She donated a portion of her estate to the city of San Rafael (now known as Boyd Park), and her library of Arctic and Scandinavian books to the universities of California and Alaska. Her honors include election to the Council of Fellows of the American Geographical Society and being named a Chevalier of the French Legion of Honor.

Maple Lawn is located in San Rafael, convenient to all of the Bay Area
Just a short drive to Sonoma, Napa and San Francisco
Perfect for guests who want to explore our beautiful area
lacinia bibendum 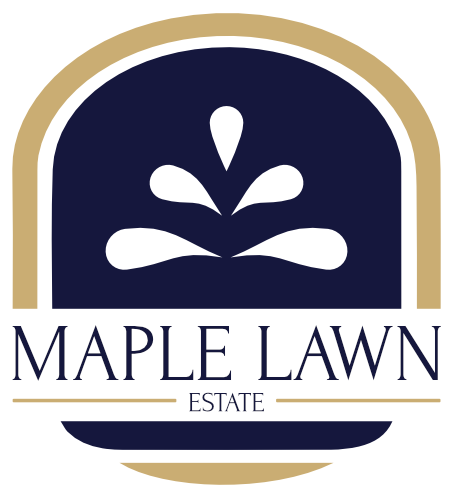 If you have any questions, please call or email us:

Connect with us on social media: